Common disorders and the impact they can have on children, adolescents, and adults

So perhaps it’s important to first understand what are the most common disorders and the impact they can have on children, adolescents and adults.

Simply put Anxiety Disorders cause anxiety. They can be related to social phobias, a fear of social situations and interacting with other people, which can be caused by a fear of being judged in all areas of a person’s life.

Separation anxiety disorder causes anxiety where an individual negatively experiences separation from home or from people to whom the individual has a strong emotional attachment, like a mother or father or even a pet.

Generalised anxiety disorder caused by a build-up of stress and worry causes anxiety where the person feels constantly anxious in a high state of stress.

Obsessive-compulsive disorders cause anxiety where a person feels the need to check things repeatedly, perform certain rituals repeatedly or have certain thoughts repeatedly, in order try and control the environment around them.

Major depressive disorder is better known as Depression, or chronic sadness characterised by at least two weeks of low mood that is present across most situations, often accompanied by low self-esteem, loss of interest in normally enjoyable activities, low energy or and pain without a clear cause.

Attention-Deficit/Hyperactivity Disorder (ADHD) is characterised by people having problems paying attention, excessive activity or difficulty controlling behaviour which is not appropriate for a person’s actual age.

Interestingly ADHD can often be mistaken for Post-Traumatic Stress Disorder, which is a disorder characterised by a single traumatic event rather than an accumulation of life events that cause post-traumatic stress without the addition of the Disorder Where ADHD is thought to be present the alternative diagnosis of PTSD should always be explored simultaneously.

Conduct disorder is characterised by inappropriate conduct for the situation relating to age whether that be anger or rage or sexual behaviour, undressing in public, and may be caused by trauma, abuse or early sexualisation.

Almost one in seven 4-17 year-olds were assessed as having mental disorders, the equivalent to 128 million children and adolescents globally. This is the true scope of what could be treated with EASY EMDR.

Studies have concluded males are more likely than females to have experienced mental disorders.  ADHD was the most common mental disorder in children and adolescents, followed by anxiety disorders, major depressive disorder and conduct disorder.

One in sixteen (6.2%) 4-17 year-olds with mental disorders were admitted to hospital, or attended emergency or outpatient departments in the previous 12 months.

Schools have been at the forefront of providing access to services to around 40% of children and adolescents with mental health disorders where such services exist. These range from individual counselling, group counselling or support programs, using a special class or school, seeing a school nurse or accessing other school services – sadly only where they are available.

A wide range of services should be available to assist young people with emotional and behavioural problems including health, school, telephone counselling and online services used by young people, as well as children taking prescribed medication. Sadly gaining access to these services may take months if they can be accessed at all. In some countries where this book can equally make a difference, these services simply do not exist what so ever.

So to help bridge this gap for the first time ever with EASY EMDR you can now take responsibility and help the children and adults you care for, to lessen the burden on young people and the health welfare services that are reported almost daily now as struggling to cope and meet demand. 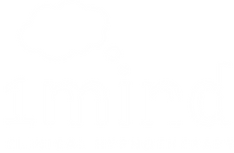